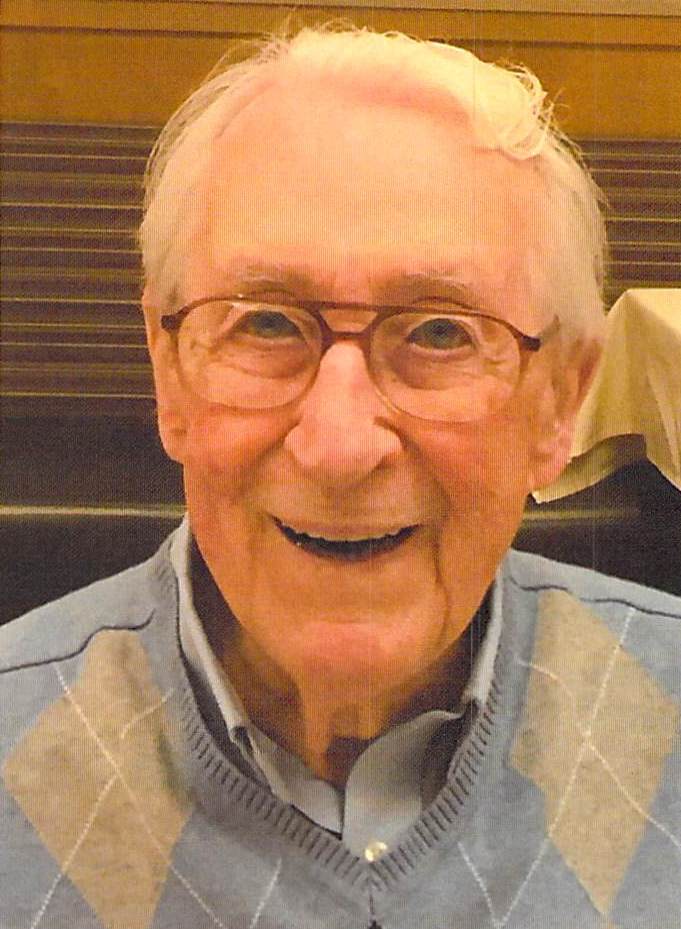 David was the son of George and Violet Wienecke having grown up with his family in the foothills of the Oregon Coastal range in towns such as Banks, Buxton, Vernonia, Forest Grove, and Hillsboro.  In the 1930’s David, his sister Ellen, and parents George and Violet moved to Forest Grove where David and Ellen attended grade and high school.  By age 10 David’s early years were spent working jobs to earn spending money by mowing lawns with a non- motorized push mower, selling magazines door to door such as Saturday Evening Post, Colliers, Life, and Modern Screen,  and delivering bottles of milk to Forest Grove homes door to door from the local dairy.  David was an active student athlete at Forest Grove High School playing football, basketball, and running track ultimately graduating in June 1940.

David enrolled in Pacific University following High School working his way through college while continuing his studies.  David’s life changed on December 7, 1941 due to the Japanese attack on Pearl Harbor which resulted in David leaving Pacific University to join the Navy.  After boot camp in San Diego, California and Storekeepers school in Farragut, Idaho,  David began serving December 31, 1943 on the sea plane tender USS Onslow in the south Pacific theater of war.  The Onslow traveled throughout the south Pacific including support of allied invasions of Kwajalein, Ujelang, the Marshall Islands, Saipan, and Ulithi.  On March 31, 1944 David was transferred from the Onslow to serve back stateside in order to bring the newly built submarine tender ship USS Nereus into service as part of her first crew.  On October 27, 1945 the newly built Nereus, now fully fitted for service headed back into the Pacific theater of war.  In August 1945 the war finally ended and David continued his Navy service as part of the occupation forces which included destruction of 39 Japanese submarines and tours of the Hiroshima and Nagasaki cities that had been bombed to end the war with Japan.  David left Navy service with an honorable discharge to return to civilian life May 22, 1946.  David’s service record also shows earning the Asiatic Pacific Area Campaign Medal – 2 stars; the American Area Campaign Medal, the Good Conduct Medal, and the World War II Victory Medal.

Back in civilian life David reentered Pacific University completing graduation with a bachelor degree to begin his public high school teaching career in Jacksonville High School with his newly married wife Lucille Pursell Wienecke.  During the several years at Jacksonville, Oregon David enrolled in the University of Oregon in Eugene to complete his Master’s degree during summer months while the High School was not in session.  During this time David George’s son David Leonard was born in Eugene in 1952.  After moving to Scappose High School David George’s daughter Eileen was born in 1955.  The Wienecke family moved to Hillsboro, then Sandy, and finally Portland Public Schools where David served as Vice Principle of Madison and Franklin High Schools and later Principal of Roosevelt and Benson High Schools.

To plant a beautiful memorial tree in memory of David Wiencke, please visit our Tree Store