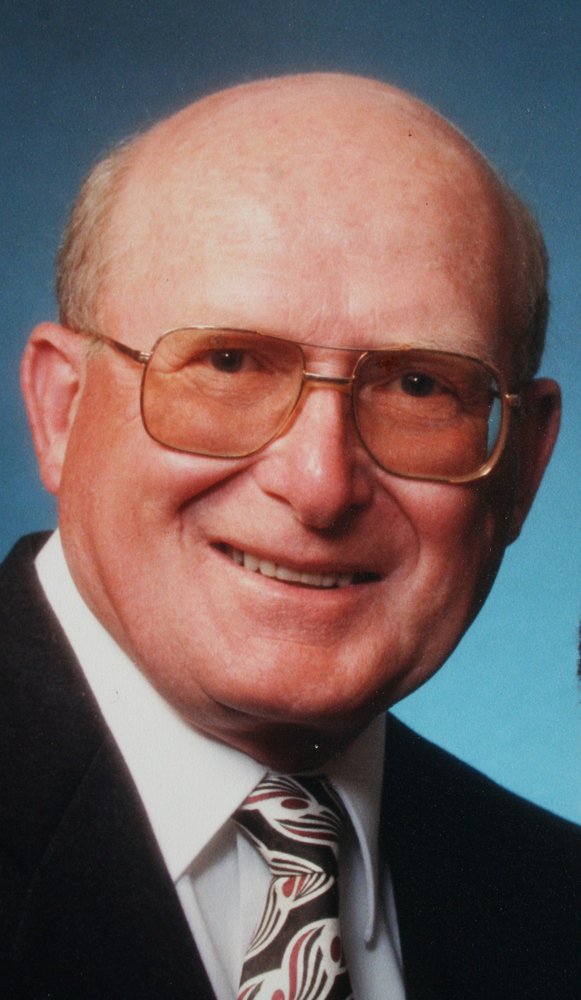 Bob Sellman, 92, died peacefully September 27, 2019, after a period of declining health. Bob was born Apr. 12, 1927 to Troy Maurice and Mary Margaret Arnold Sellman in Ottumwa, Iowa. He was raised in Keota, Iowa, and graduated high school there. He joined the Army in June 1945, spent boot camp at Fort Riley, Kansas, and served in Tokyo, Japan, as a musician in the 1st Cavalry Band. Upon his return to the states, he attended Iowa State Teachers college, graduating in 1951 with a Bachelor of Education. He earned a Master of Education from Western Illinois University in 1969. His first teaching job was in Morning Sun, Iowa as a band teacher and assistant football coach. He met his future wife, Patricia Joanne Breon, there in September 1952 when he took a few of her students out of class for music lessons. They were married on May 24, 1953 in Hedrick, Iowa. They moved to Pocahontas, Iowa, where they taught until 1959, and he taught in Keokuk, Iowa until 1970. He then moved his family to Beaverton, Oregon and taught at Whitford Junior High until retirement in 1990. He once said that he never had a bad day teaching and missed it after he retired. He enjoyed sports, particularly golf as a member of The Reserve.

Bob and Joanne enjoyed bridge, travel, concerts, the arts, and raising their family. As anyone who knew Bob can attest, he loved to tell stories and jokes, many of which went over the heads of his children and students but were later appreciated in adulthood. He looked up to his parents, as did his children with him. Bob was preceded in death by Joanne in 1997.

He is survived by his children, Kirk (Eileen) of Tigard, Oregon, Mark (Kerri) of Savannah, Georgia, and Kay of Savannah, Georgia. He is also survived by a sister, Norma Richardson, four grandchildren, Bobby (Athina), Troy, Joanna, and Julia, and great-granddaughter, Ruby Elizabeth Sellman. Even with his recent illness, he enjoyed watching sports on television, reading books, and visiting with family, where his well-known sense of humor entertained everyone. Bob enjoyed a beer and a hand of cards with friends after a round of golf at Meriwether and The Reserve. He was a member of the Elks, Masons, and American Legion. His children felt fortunate to have had such a decent father, and will miss his love and guidance. He will be missed by the many friends he accumulated throughout his life. He leaves behind a void few will fill. A private inurnment will be held in Willamette National Cemetery Columbarium in Portland, Oregon. Remembrances may be made to the American Heart Association.

To plant a beautiful memorial tree in memory of Robert Sellman, please visit our Tree Store