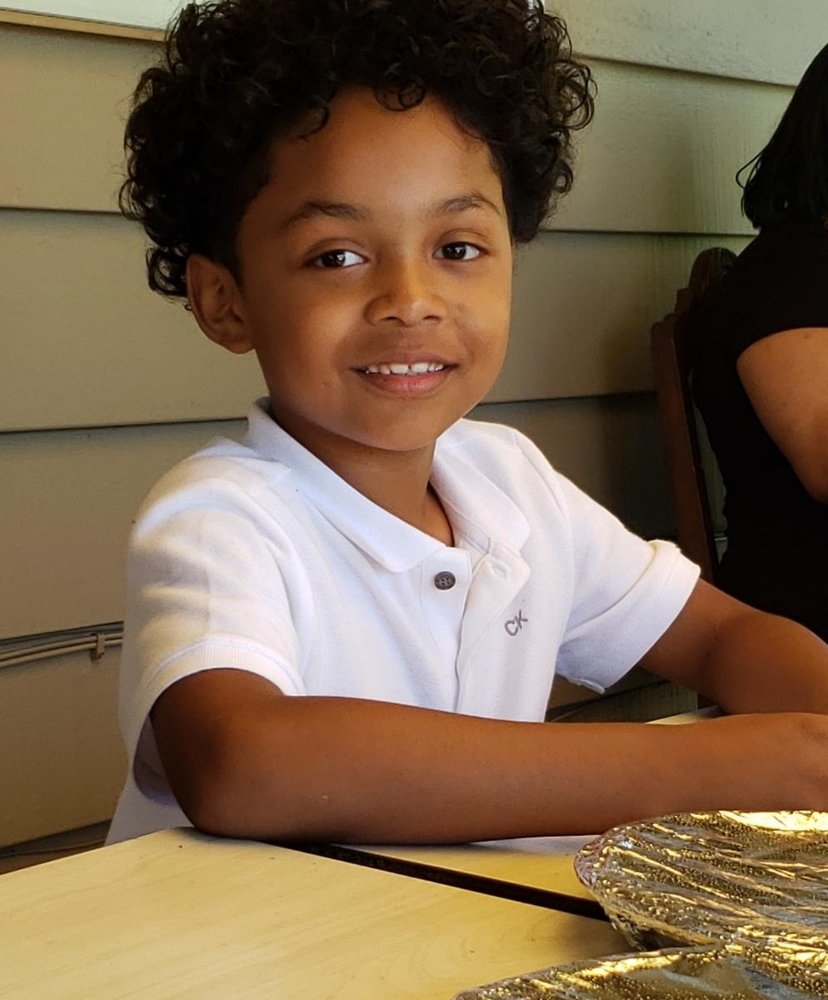 Jermiah Reshad Burks was born January 5th 2012 in Portland Oregon. His parents, Rea and Timothy Burks received this angel for a very short and blissful time in their lives. MIAH as we soo affectionately called him leaves behind two sisters, Ashanit Stanton and Tatyana Randal, 7 brothers, Timothy Burks Jr, Terrell Kemberling (USMC), Tarvon Randolp, Tavories Burks, Travonte Burks, Tyree Burks and Josiah Burks, as well as six nieces. He will be missed and forever loved by his Grandmother and Grandfather Anice and LeAndrew Swanigan and Grandmother and Grandfather Armie and Gary Herbelot. As well as numerous aunts, uncles, cousins and friends. He was preceded in death by his Grandfather Richard Schneberger.

Jermiah loved to be a stunt devil and would do things to the extreme. He loved his aunty Sarita she gave him the basketball and he never put it down he believed in shooting their eyes out.

Jerimah has a true fan base of people who love and cherish him. His family and friends, people who honor, respect and value him and that will never change, he will stay in our hearts forever. And if you know “Silky” then you know the “Golden Child”.

Fearless, Driven, Courageous and Divine Miah the one and only “Filipino Tornado” you can't compare where you can’t compete.  “And It Is So and It Is So.” Facts: Verified by his few years at Albina Head Start and his magical years when he graced the halls of Harrison Park Elementary School.

Jermiah was not an average kid. He didn't care for video games and only cared about being outside playing ball or riding his bike. You couldn't keep him from the outside. Everything he did he let us know that it was competition time without a lick of fear.

Jermiah’s pure essence drew you in and embraced you. Even when he didn't say much except for smile and nod his head. He left his footprint on your heart.  He was a bright shiny shooting star. Miah self-proclaimed his status as big brother, big cousin, protector and provider of joy to everyone he met.

Miah was a daddy’s boy. Miah idolized his dad because his daddy is the “Strongest and richest man in the world”.  But keeping it “Silky” Jerimah always knew he was stronger than his daddy.

Miah loved to take care of his daddy.

But most of all the apple of his eye was his mother Rea Burks, his world. To Jerimah his mom his mom was the most beautiful women in the world.  His favorite thing for Rea was “Are u okay”, “do u need anything” and whatever it was he would get it done for her. Miah knew his mother loved him. And he loved to serenade her soul with unique and one of a kind flowers and plants. He would go get the most random flowers or plants for her and she would get a vase for it place it through her home. There was not a moment in time where Jermiah went without comforting his mother. Miah promised his mother that he could be whatever she wanted him to be. Miah showered his mother with undoubted love. Steadfast and never faded with his affection and appreciation to the Women that first loved him. If it was a scratch he wanted to hide from her to avoid her panic he did it and made sure you knew to keep a keen secret and not let her know. Hmmmmmm the raw devotion he showed to please his mother only grew more evident as he blossomed.

Jeremiah's magnetic innocence personality only continued to engulf our everlasting memory as he developed a one of a kind bond with his pal Diamond.  Diamond is Miah's pit bull. The relationship between the two took on a meaning of its own, truly defining a best friend. As Diamond walks the yard with Miah’s shirt to heal her broken heart we know that she will always remember the kid Angel with so much to do.

Jermiah will be missed dearly and as he looks down and smiles at us let's look up and smile right back with love. On this earth his job has been completed. Now he resides in Heaven.

Share Your Memory of
Jermiah
Upload Your Memory View All Memories
Be the first to upload a memory!
Share A Memory
Plant a Tree