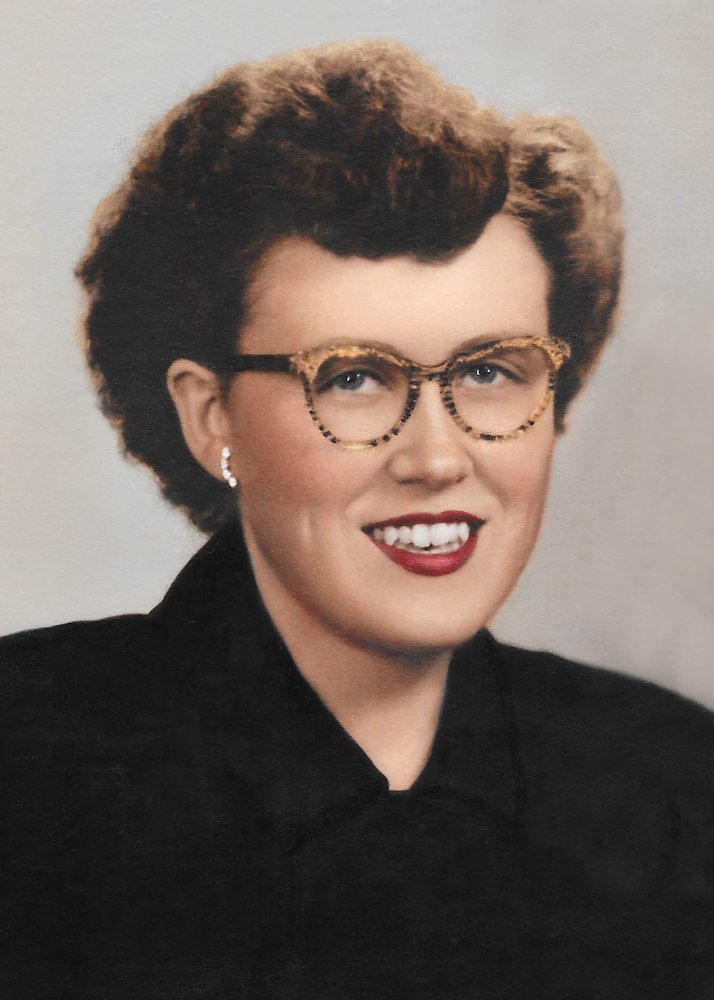 Annabelle Note Wilde, who liked to be called Belle, was born in Wendell, Idaho on June 6, 1926 to Frank and Gertrude (Pratt) Note.  She was a loving and supportive mother, grandmother, great-grandmother, sister, aunt and friend who passed away peacefully on July 10, 2019 at the age of 93.

As a child, she rode her Shetland pony (Prince) to school each day.  On warm summer days, her father would take her and her older brother, Elliott, to their favorite swimming hole for which she would jokingly say it was a miracle that they survived the trip.

First, her father would drive them to the Snake river in their old Ford truck.  Next, he would drive them down the side of the steep canyon.  Then, once at the bottom, they would jump in a small boat and their father would proceed to row them across the turbulent river to their destination point that was just on the other side.  Then, after swimming all day, and in the dark, their father rowed them back across the river, cranked up the old Ford truck, drove them back up the steep canyon in reverse (something to do with the position of the gas tank), then he proceeded to drive them home.

It was in 1942 that the Minidoka internment camp was built within miles of her home where she developed several friendships with Japanese-American detainees; and it was on her 18th birthday, in 1944, that Allied forces invaded Normandy.

On June 8th, 1945, Belle married Lyle Edward Wilde, a WWII veteran, in Minneapolis, Minnesota.  They decided to settle in Portland, Oregon and together, in 1950, built a home in inner-southeast Portland.  After his death in August 1954, Belle became a single mother of three children—Faye Ann, Patricia and Bruce.  To support the family, she worked as a head secretary in the Portland Public School District.  Before moving into a retirement community, Belle lived in her home for over 63 years.

Belle had a deep passion for reading books of all genres.  Other favorite pastimes she thoroughly enjoyed were knitting, crocheting and creating exceptional needlework art.  For her grandchildren, she created an abundance of amazing hats, sweaters, vests and beautiful blankets.  Additional pastimes that brought her much delight and joy were working in her large yard and maintaining her well-kept home.  She also had a deep love for all animals (including rescuing a few stray cats) and she enjoyed bird watching.  Belle was a long-time member of Wavery Heights United Church of Christ.

A memorial service will be held on Saturday, July 27th, 2019 at the Sunnyside Little Chapel of the Chimes at 11667 SE Stevens Rd. Happy Valley, OR, at 1 o'clock p.m. In lieu of flowers, donations can be sent to the Oregon Humane Society.