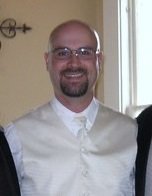 Rob was born on September 6, 1971 in Portland, Oregon and was the son of Robert and Dea (DeCamp) Stevens.  He spent most of his childhood growing up in Portland, Oregon.  He graduated from Benson High School in 1990 and attended Portland State University.  He worked in leadership roles in his civilian career, holding Project Manager and Superintendent titles with Beloit Corporation, Celerity, Apex Industries and Waterax.

He joined the Army at the age of 17.  His initial Military Occupational Specialty was an observer/radar operator for the OV-1 Mohawk airframe.  He then attended 91B (Medical Specialist).  He excelled in this program and was invited to attend the US Air Force Special Operations Pararescue Jumper (PJ) program.  His training included Airborne school, Military Free Fall school, Scuba school, Survival Evasion, Resistance and Escape, as well as austere medical training.  While in the Air Force, he deployed to Turkey in 1996.  The following year he was severely injured during a rescue and could no longer be on jump status.

Rob returned to the Oregon Army National Guard as a Combat Medic.  He was assigned to HHC 1/162 Infantry and attached to Charlie Company 1/162 Infantry. He deployed in 1999 to Operation Southern Watch in Saudi Arabia. He again deployed as the Platoon Sergeant for 1/162 Infantry in 2003 as part of Operation Iraqi Freedom (OIF 1).  He was mobilized for humanitarian missions responding to the Katrina and Rita hurricanes, and the Vernonia flood in 2006.  He supported a deploying unit as their rear readiness NCO from 2009-2010, and retired on 30 July 2010.

On July 20, 2007, Rob married Laura Rivera in Boring, Oregon and became step-dad to Roxanne and Christian.  Rob and Laura later welcomed Amy and Connor, and his family became the center of his world.

Rob was an adventurous person who lived life to the fullest, loved people, and put the needs of others first.  He enjoyed scuba diving, mountain climbing, riding his motorcycle, surfing and camping with his family.  Rob loved to cook and crafted his own BBQ sauces and rubs.  He experimented with brewing his own beer and cider.  He was not afraid of flavor or spice - a dish could never have too much pepper.  Rob was fascinated with his Irish Heritage, was a proud supporter of the Boston Red Sox and Cleveland Indians, and a recognized Eagle Scout.

Above everything that he loved and enjoyed, he was a family man.  His wife and children meant everything to him.  He was their teacher, caregiver and biggest supporter.  He attended Roxanne’s concerts, cheered at Christian’s track meets, and moved them both to college.  Rob loved coaching Amy’s soccer team, listened to hours of Connor reading, and built hundreds of LEGO creations with both of them.  A tireless partner, his love for Laura was obvious to all who saw them together.  They could always be seen laughing and cooking together, and he took great care of Laura during her cancer treatments.

In 47 years, Rob touched many lives.  He will be greatly missed by all who knew him and will remain in their hearts for years to come.

Rob is survived by his wife Laura, children Roxanne, Christian, Amy and Connor, parents Rob and Dea, brother Anthony, best friend Jack, nieces and nephews, and his many brothers- and sisters-in-arms.

A graveside service with military honors will be on Wednesday, July 3, 2019 at 10:30 a.m. at Willamette National Cemetery.  A Life Celebration Gathering will follow at Sunnyside Little Chapel of the Chimes in Happy Valley.  Contributions may be made in memory of Rob to the Wounded Warrior Project.