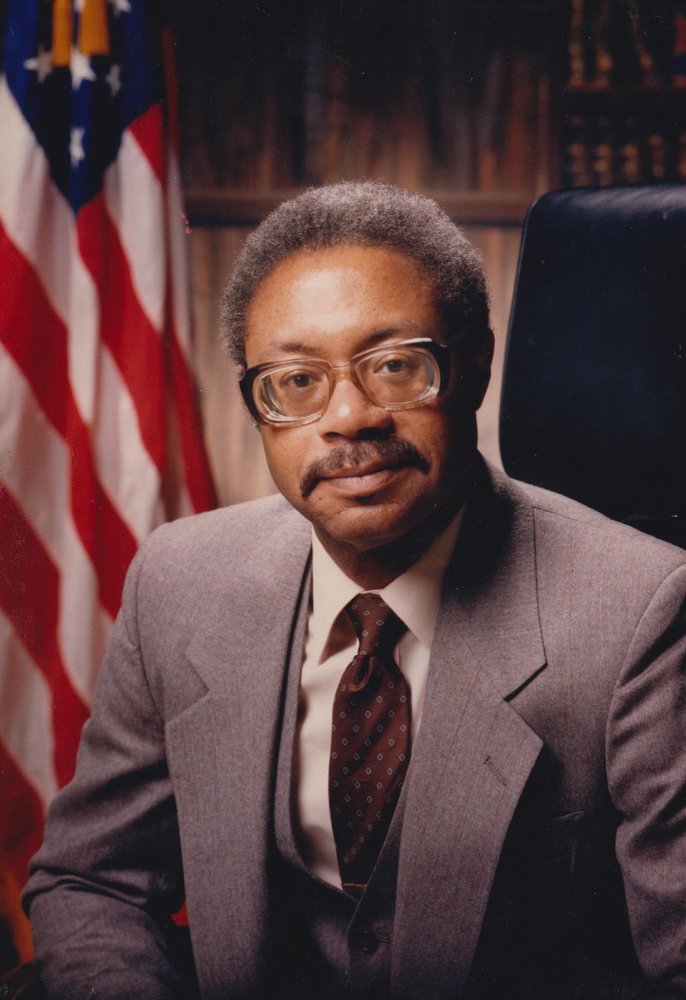 Austin Brown, 86, peacefully passed away with his family by his side in Clackamas, Oregon.

Born in South Carolina to Anderson and Arnetta Brown, the second of six children, his grandmother Hattie moved the family to Washington, DC, and ensured he and his siblings participated in a variety of activities.

He loved music from a young age, and soon started singing at the Ebenezer United Methodist Church on Capitol Hill.

Austin is a graduate of Phelps Vocational High School, where he was a class officer, member of the Junior Red Cross, as well as the Honor Society. At this technical-education based school, he studied electronics, radio technology, and many other disciplines.

As a member of the Publications Committee during his senior year, he was involved in the creation and publication of the school's first yearbook, and was known as an avid photographer.

It was also during his high school years that he and his brother Rowland, working as DJs, would bring crates of records to play at dances. He continued to be involved in journalism, music, and electrical engineering after matriculation to the University of Denver, where he met his future wife Johnnie Ann.

While in college, Austin combined his love of writing poetry and music, and wrote many songs, some of which he published, produced and hired singers to record demos for his record label. Working as a radio station announcer and program manager, he promoted the on-air talent, as well as handled the show's marketing and advertising.

The radio program featured his good friend from the University, up-and-coming Jazz pianist Cedar Walton, and many other well-known musicians and artists. Austin also managed military radio and communication projects.

During the Korean War, US Air Force Veteran Austin honorably served his country for four years. He specialized in communication and weapons defense systems. Austin was stationed in Greenland, and trained sailors aboard naval vessels in the South Pacific. Austin was awarded the National Defense Service Medal, and the Good Conduct Medal. He formed many life-long friendships while in the military and at the University of Denver.

He returned to Colorado, graduated from the University, and became a missile instructor at Lowry Air Force Base. He performed research to develop and write technical training manuals for the Department of Defense (DOD).

After his son Michael’s birth in Denver, he continued his consultant work for DOD as an RCA contractor for the White Alice Project in Alaska, where his daughter Jan was born. The young family later drove down the ALCAN Highway, visiting family and friends along the way, as well as throughout the lower 48.

Austin accepted a position in White Oak, Maryland at the Naval Ordnance Laboratory (NOL), later known as the Naval Surface Weapons Center (NSWC). He managed a large group of technical writers, illustrators, and editors. He was responsible for training civilian contractors and overseeing their projects across the nation.

Austin and Johnnie passed on their love of learning and travel to their children. After settling in Takoma Park, Maryland, their daughter Lyn, and later son Allan, was born. Austin's family was involved in numerous community activities, attended Good Shepherd United Methodist church, and while vacationing, had fun at family reunions, and visiting Historical landmarks throughout the country.

Attending the World Fair in Montreal, Canada was a rare event for an African-American family, but not for Austin’s trailblazing family, who broke down many Jim Crow segregation barriers as they traveled across the United States.

Austin also traveled extensively as a member of the Society for Technical Communication (STC), which he joined in 1967. He served as the first African-American president at both the chapter, and national level. In 1982, he sat on the Board of Directors. Austin managed the High School Science Writing Contest for many years and the competition was later renamed The Austin T. Brown Technical Communication Award Scholarship in his honor. As past president, he continued to participate in advancing the goals of STC; he was recognized as a valued consultant, and in 1993 was elected Fellow, the highest honor conferred by the Society.

Austin retired from NSWC in Dahlgren, Virginia, and headed for sunny Hawaii where he became a business consultant for government projects. He remained an active member of STC, and enjoyed volunteering at church events, and coordinating the Jazz Festival for several years.

Over the years, Austin’s career spanned many disciplines in media and communication. He was meticulous, and encouraged his children to be independent thinkers. He loved competitive ping-pong with his brothers, inviting family and friends over to watch his reel to reel home movies, slideshows, and to listen to his music collection. He enjoyed innovation and testing the latest technology.

Austin was beloved by many, and will be deeply missed. Please join us to celebrate his life.

To plant a beautiful memorial tree in memory of Austin Brown, please visit our Tree Store
Print
Thursday
2
May