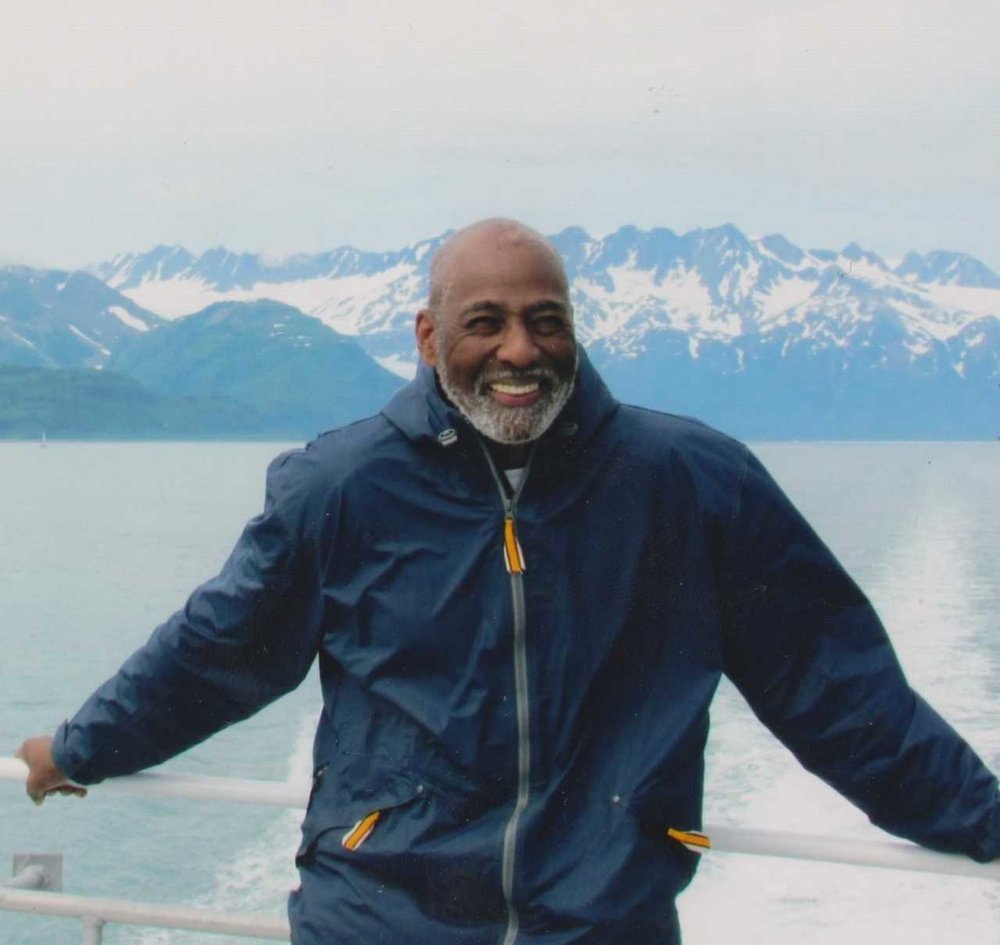 Joe was born at home on 2/4/42 at 4 AM, he was the 4th child of Dave & Reedie Johnson. He was one of THE NINE children of a 4th generation family farm homestead. He lived in Oakwood, Texas until he was 17 yo. The second son of a large family he was put in charge when his parents were not at home, making sure the chores were done. Even then he was a doer, someone who was willing to weed 5 rows to each of his sisters 1. A family that size had to be creative to keep enough food on the table & Joe remembers having dreams where the whole world was full of oatmeal. He did his part working long hard hours and later made the decision to become a white-collar worker and retire early, so he could get the playing in that he didn’t get a chance to do when he was young.

If this obituary reads like a crossword puzzle that is appropriate. Joe was a CONNECTOR, a link in the chain that holds so much TOGETHER. He was a gamer who loved the game of LIFE. He was ahead of his time. He would say “I was Rosa Parks before Rosa Parks was Rosa Parks”. He was a black man who felt the sting of racism before the big hits of the civil rights era. He did not except his “place”. They were an ambitious set of siblings who were bigger than their origins. His Mother made sure her children were going to be educated and literate and clever. 8 of THE NINE graduated as valedictorians of their class. Joe being the ONE salutatorian when you are a HIGH achiever, like Joe, coming in 2nd could feel like losing. Had I only known of this HIDDEN part of his history I would have congratulated Joe on this difference & pointed out to him that this gave him what was to become a very natural part of his character, to WELCOME people. Joe was a people person and could start up a conversation with anyone. He never knew a stranger.

Joe started out what one might call a driven man, he had goals, and he liked to encourage the youth to do the same. A quote that stuck with him was, “go as far as you can and you will SEE farther”. Joe did NOT let the outside culture define him and he took from it what he wanted, he joined the Marines and took the discipline without the indoctrination. He taught to influence the next generation.

Joe graduated in 1959 from St. Paul Shiloh High School. From there he went to Wiley College in Marshall Texas, after his attendance, he joined the Marine’s & was honorably discharged right before he would have been deployed to Vietnam. When they were lined up and told what the future was to hold for these young servicemen, in his heart he said, I don’t want to kill anyone.

After the Marines, while attending Portland Community College in 1967, on the 4th of July he met Gloria and he was smitten, they married and soon had their only son Keith Alan. Joe has always been a FAMILY man and was so thrilled to have a son to carry on the Johnson name. Gloria was drawn to Joe by his great sense of humor, but eventually, their marriage ended in divorce.

Joe went on to graduate in 1970 with his BS in Education from Portland State University. He worked at Ockley Green for 3 years and taught 8th-grade math. He remembers those years fondly. Joe went on to take a job at the State of Oregon Veterans Affairs and became a Home Loan Officer, he worked for them until he retired at the GOAL age (as soon as possible), turned out to be 58 yo. When people would ask him what he retired from, he would reply WORKING.

In 1983 he met his match in Rhonda Rae Richardson. A farm girl from Southern Oregon 5th generation on the land, someone who understood well the importance of family roots. A favorite Richardson family tradition is to climb the hill behind the Provolt Community Church each year and listen to the re-telling of the old, old story. That blessed story of our Savior Jesus Christ and His resurrection. It took Rhonda until 2017 to get Joe to take that pilgrimage. She could be a bit stubborn too.

Triple Threat = 1) Smart, 2) Beautiful & 3) Athletic. Joe and Rhonda both very family oriented shared their love of sports, card games & other board games. Both enjoyed the simple things in life. Plenty of love & laughter to go around. Staying busy raising the daughters they adored. A niece would say Joe didn’t have a problem sitting down having tea with 6-year-olds. Joe never tired of praising his daughters. However when asked what are you the proudest of?  Joe’s emphatic answer was MY SON!!!!

Being BLESSED to retire young Joe played hard, engaging in all kinds of Sports at the Masters level. Joe had been an accomplished athlete in College and in the Marines. He also followed closely all 3 of his children’s athletic accomplishments. He especially enjoyed being able to coach his youngest in basketball in grade school, connecting with other parents to develop a tournament team. He enjoyed following the athletic accomplishments of all his niece’s & nephews. Joe was very PROUD of his WALL OF FAME in his house which is plastered with newspaper articles of different family members HIGHLIGHTS.

Joe was an avid Poker Player and was able to spend many hours joking it up around any given table.

Joe was a man of action. One niece who knew him as a Marine thought the GI Joe doll was modeled after him. Later in life, it was his GRANDCHILDREN that gave him much comfort & JOY. He had LOOKED forward to watching & SEEING what types of accomplishments they would enjoy in life. The song by Johnny Guitar Watson “Don’t Be What U C”, is worth googling.

Joe Arthur Johnson, died after a tough battle with Pancreatic Cancer on the first day of Spring 3/20/19 at 3:33 AM with a FULL MOON in the sky, He went peacefully. A beautiful night sky showed off the fullness of the moon, reminding one of the fullness of his life.

He was 77 years young. He will be GREATLY missed.

Joe gives a LOUD SHOUT OUT to all his TEXAS FAMILY & other family from places far and wide.

He is survived by his good friends Bob & Boomer as well as his Poker buddies Arne; Cliff; Mark; Frank & Howard. Game on my friend’s game on.

A memorial service is scheduled for April 2, 2019, at 11:30 a.m. at 11667 SE Stevens Rd Happy Valley, Oregon with a reception to follow at same. Pastor Sarah will officiate. A Military Honors ceremony will be held at 2:00 p.m. All are welcome to attend and celebrate Joe's life. A light Reception at Joe Johnson’s house to follow 5510 SE 117th Ave Portland, Oregon (off HAROLD). There will be an additional service in Oakwood, Texas on April 6.

As we enter this NEW SEASON of life, we know God brings beauty from ashes. May you and your family be encouraged to gaze at the stars and focus on things eternal.