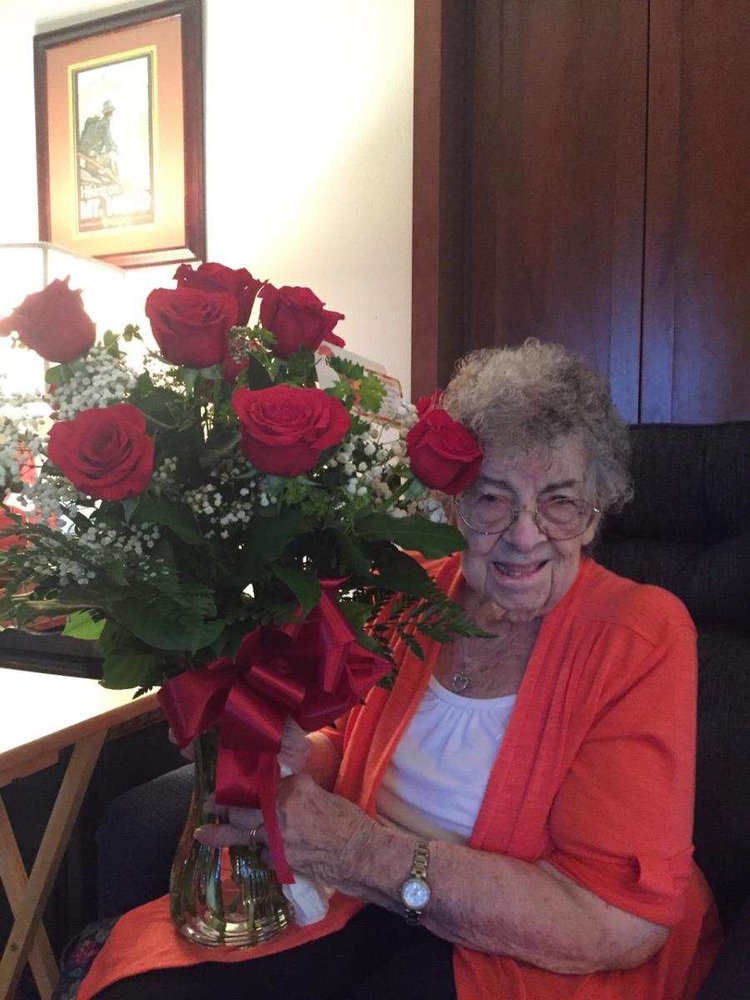 Return to Sunnyside Little Chapel Of The Chimes & Memorial Garden
Plant a tree in memory of Janette
Obituary
Share / Subscribe to this tribute
Share Obituary:
Plant a Tree
Print

Janette Gertrude Anderson, loving mom and grandma, passed away March 1st, 2019 at the age of 88.

Janette was born on August 26th, 1930, in Missoula, Montana. The daughter of Theodore and Ethel Egan. She grew up in Colton, Oregon, along with her 5 sisters, graduating from Colton High School.

She was a homemaker up until Curtis entered Junior High and then went to work for Thriftway as a checker and later on as a Loan Officer at Far West Bank, before retiring in the early 90’s. She enjoyed the ocean and watching the waves. Loved to cook and bake wedding cakes, sew, knit, but above all her greatest joy in life was her six grandchildren. She had a great sense of humor and was no match to a card game.

Janette is preceded in death by her husband Ralph Anderson and sisters Vivian, Wanita, Margaret, and Bernice. She leaves behind her four kids Gary Anderson, Sharen Leeper, Don Anderson, and Curtis Anderson. Her 6 Grandchildren Brandi, Jesse, Scott, Curtis, David and Melissa. And her sister Laura Heintz. Memorials can be made to the Doernbecher Children’s Hospital or Wounded Warrior Project. Sunnyside Little Chapel of the Chimes has been entrusted with the arrangements.

To plant a beautiful memorial tree in memory of Janette Anderson, please visit our Tree Store